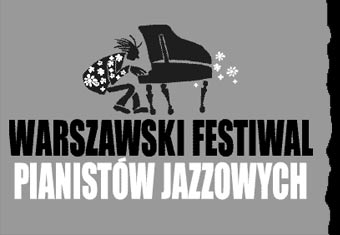 Bobo Stenson (born 1944 in Västeras) effectively defined the meaning of modern jazz piano in Sweden and has long been an influence beyond its borders. He played jazz from the age of 12, some of his earliest influences including Bud Powell, Wynton Kelly and Red Garland. He moved to Stockholm in the mid 1960s at the behest of Börje Fredrikkson, joining the innovative saxophonist's quartet. A further important connection, and one that has lasted through the decades, was with another tenorist, Bernt Rosengren. By the end of the 1960s, Stenson was first-call pianist for many American jazz musicians based in or passing through Scandinavia. He played for three years in the groups of bassist Red Mitchell, worked with Dexter Gordon, Sonny Rollins, Stan Getz, Gary Burton, George Russell, Sheila Jordan and more. And he worked often with Don Cherry in many contexts from the late 60s through the trumpeter?s long residency in Sweden, reuniting with him shortly before Cherry?s death in 1995. By the time he came into contact with Cherry, Stenson was a formidable player who had added an interest in world folk forms to a passion for improvising in both straight-ahead and ?free? jazz contexts.

Stenson has been associated with ECM for 30 years, first recording for the label on the 1971 album "Sart", with Jan Garbarek, Terje Rypdal, Arild Andersen, and Jon Christensen (all of them long distance fellow travellers, too). A month later he taped his first ECM trio recording, "Underwear". The addition of Garbarek to Stenson?s trio brought into existence one of the most popular jazz groups of the mid-1970s, the Jan Garbarek-Bobo Stenson Quartet; their albums ?Witchi-Tai-To? and ?Dansere? count now as classics of the era.

The late 70s and early 80s found the pianist concentrating primarily on the development of his Swedish projects, particularly the co-operative band Rena Rama (personnel included Palle Danielsson, Lennart Aberg and, in later years, Anders Jormin), whose discography includes the ECM/Japo album "Landscapes". In 1988, Stenson joined the revamped Charles Lloyd Quartet and played on five of Lloyd?s albums. Concurrently, he appeared in Polish trumpeter Tomasz Stanko's Quartet, and also toured and recorded with Stanko?s ?Litania? project which reinterpreted the compositions of Krzyszstof Komeda.

Over the last decade, Stenson?s own trio ? with Anders Jormin and Jon Christensen ? has been enjoying a higher profile. Their album ?Relections?(recorded 1993) won several prizes including a Swedish ?Grammy? and the Golden Record Award of Orkester Journalen. ?War Orphans? (1997), named for Ornette Coleman?s title tune followed, and in 1999 the trio recorded what is undoubtedly its magnum opus, the double album ?Serenity?, which drew upon an inspired choice of material, embracing the richness of the jazz tradition, Swedish folk music, Cuban song, 20th century composition, and free playing.